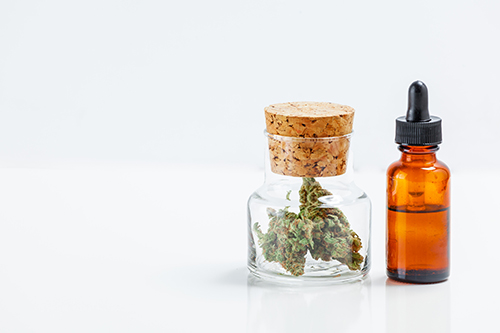 2017 is off to an interesting start for those in the compliance industry. On December 14, 2016 the Drug Enforcement Administration (DEA) announced that extracts of marijuana will soon be treated as a Schedule I controlled substance. The new code is set to be published in the Federal Register and will take effect this Thursday, January 13, 2017.

Previously the DEA established separate code numbers for marijuana (7360) and THC (7370); however, a code number for marijuana extracts has not been established. The new code (7350) that was proposed in 2011, will allow the DEA to better track cannabinoids with  the following definition:

‘‘Meaning an extract containing one or more cannabinoids that has been derived from any plant of the genus Cannabis, other than the separated resin (whether crude or purified) obtained from the plant.”

Cannabis products that contained less than .3 percent THC were considered legal substances. Some marijuana extracts have no THC or very low concentrations. These extracts are now available nationwide via websites and as of January 13, 2017, they are considered illegal. Federal and state agencies can now claim that marijuana extracts containing at least one cannabinoid are a Schedule I controlled substance given this new code.

What Are Marijuana Extracts?

Like THC, CBD is a key ingredient found in cannabis that belongs to a class of molecules called cannabinoids. CBD, an extract of marijuana can contain a variety of CBD and THC levels depending on how it is breed. THC does have psychoactive effects and will gives users a high. While CBD is non-psychoactive, and is often touted to have medical benefits. For example, CBD is commonly used by medical patients to suppresses seizure activity, combats tumor and cancer cells, reduce nausea, and more.

Hemp is defined as cannabis with no more than 0.3 percent THC content. Under the new code, hemp is now illegal to market across state lines. That means CBD extracts derived from hemp are illegal as well. Products that contain CBD hemp oil such as, moisturizers, gum, supplements, tinctures, etc. may now create additional violations within an acquirer’s portfolio.

The DEA’s justification of the new code deals largely with treaty obligations for drug tracking. But the agency insists that the new code will give priority to researchers who are already conducting research with marijuana extracts.

THC, CBD, Hemp? Federal v. State? What Does This Mean for Acquirers?

Legal and illegal products vary from state to state and between federal and state regulations. Regulations outside of the United States vary widely as well. On top of regulations, there are guidelines from card networks and other payments chain partners. The new code adds so many additional products and product types to Schedule and might cause additional headaches for compliance professionals. It is likely that there are several merchant accounts in any portfolio with these types of products online. All acquiring banks will see an increase in flagged protentional violations for cannabis products early this year.

The Single Convention lists substances into four schedules. Previously, marijuana extracts were considered a Schedule II controlled substance. The new code now places such products in the more stringent Schedule I category with the following guidelines:

Stay tuned to our blog later this week for an update regarding the new DEA regulations on marijuana extracts and what all acquirers should be aware of.

G2 Web Services has the experience, data and skills to provide customers with comprehensive solutions that transform the way they manage and monitor merchant and business risk. Learn how G2 can help you comply with these new regulations, contact us today.