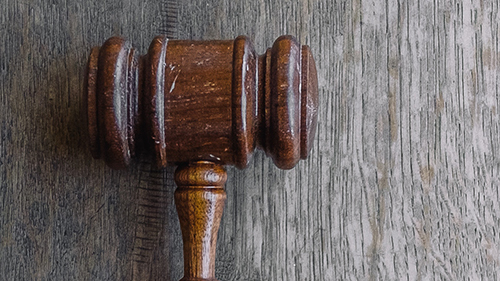 With the continued growth of e-commerce, transaction laundering – a scheme in which an entity hides transactions for illicit goods and services through the use of a seemingly-unrelated merchant account – is on the rise. The payments industry has been aware of transaction laundering for years, and G2 (via our Transaction Laundering Detection Solution) has led the charge in hunting down these bad actors and removing them from the payments ecosystem.

Despite the growth of transaction laundering, we have good news to report: Regulators are increasingly aware of the role transaction laundering plays in online criminal enterprises and have joined the fight against this illicit practice. In the words of Dan Burke of FDA’s Office of Criminal Investigations (FDA-OCI), regulators have begun to “target the infrastructure” supporting illegal online sales.

For example, in 2018, FDA-OCI uncovered two criminal enterprises that were utilizing transaction laundering to hide the illegal sale of pharmaceuticals. Although both cases are still partially under seal, we know some key facts. The defendants were actively selling illegal pharmaceuticals and products that violated trademark infringement laws. They applied for merchant accounts in the names of shell corporations and supplied fake websites to cover their tracks. Once the merchant accounts were created, the defendants used them to process payments for drugs and products that violated intellectual property laws. See FDA-OCI, January 10, 2018: Six Charged in Complex Fraud Involving Fraudulent Processing of Credit Card Payments; see also FDA-OCI, June 5, 2018: Floridian Charged in Complex Fraud Scheme Related to the Processing of Credit Card Payments.

Likewise, the FTC has started to unravel transaction laundering schemes as part of its enforcement efforts. In February, the FTC sought an injunction against F9 Advertising, a company that offered “free trial” skincare products for a nominal shipping and handling charge. According to the FTC, F9 Advertising actually charged consumers the full price of the products and enrolled them – without their consent – in negative option continuity plans. To obtain merchant accounts, F9 Advertising used more than 100 shell companies. The FTC claims that this company bilked consumers out of tens of millions of dollars.

As we are all aware, criminals know how to appear legitimate during the onboarding process. With G2’s Transaction Laundering Detection Solution, G2 is able to use a decade-worth of data – plus analyst expertise – to ensure that your merchants actually are who they claim to be. To find out more, contact us at info@g2llc.com.