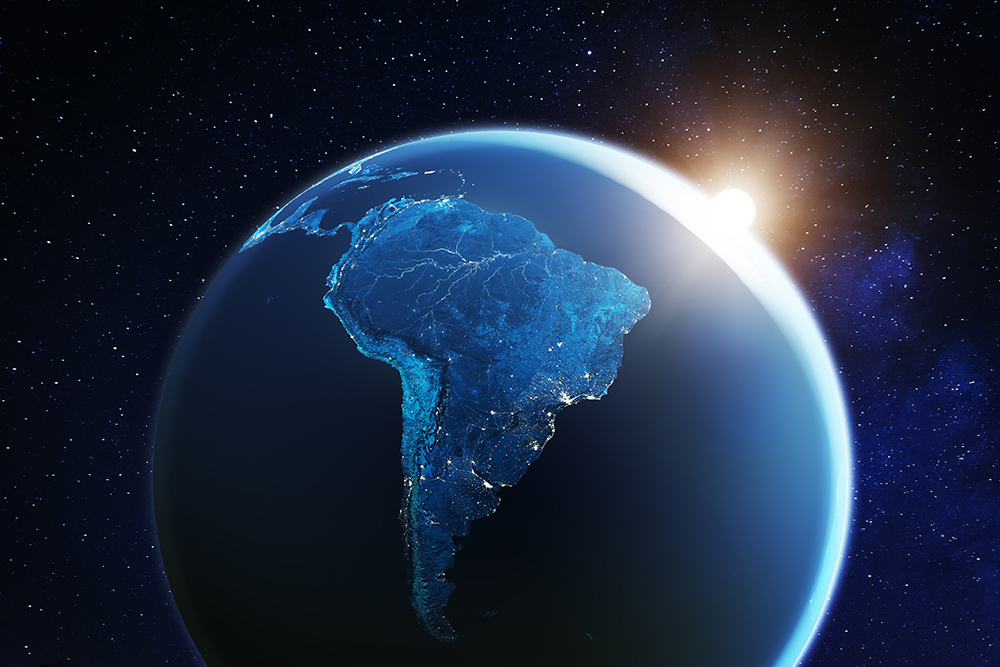 The Latin America region has enjoyed strong growth in merchant acquiring volumes and the average number of transactions per adult over the past few years, according to a new report from Verisk Financial Research. Increasing volumes have compensated for reductions in the maximum MSCs. This trend will probably persist: continued growth in card uptake and usage, spurred by contactless and e-commerce, will compensate for lower acquiring margins as regulators cap MSCs. Liberalisation will inject some much-needed competition into merchant acquirers’ markets hitherto dominated by a handful of players. However, this will encourage merchant onboarding, increasing volumes.

Latin America saw sustained growth in volumes in the six years up to and including 2019. For the region as a whole, credit card purchase volume grew at a Compound Annual Growth Rate (CAGR) of 12.1 percent, while the equivalent debit figure was 17.2 percent. Total card spend grew at a CAGR of 14.1 percent.

Argentina experienced the highest rate of growth in terms of credit card spend (30.6 percent), while Uruguay posted the highest growth in debit card spend (77.6 percent). Argentina also saw the highest growth rate when total card purchase volume is considered (35.3 percent). Indeed, the only markets that experienced single-digit growth in total card purchase volume during this period were Puerto Rico and Ecuador. It is worth noting that, as a part of the United States, Puerto Rico uses the US dollar as its currency, while Ecuador is a dollarised economy. This means that the vagaries of currency exchange are removed from the equation for international players in these markets. 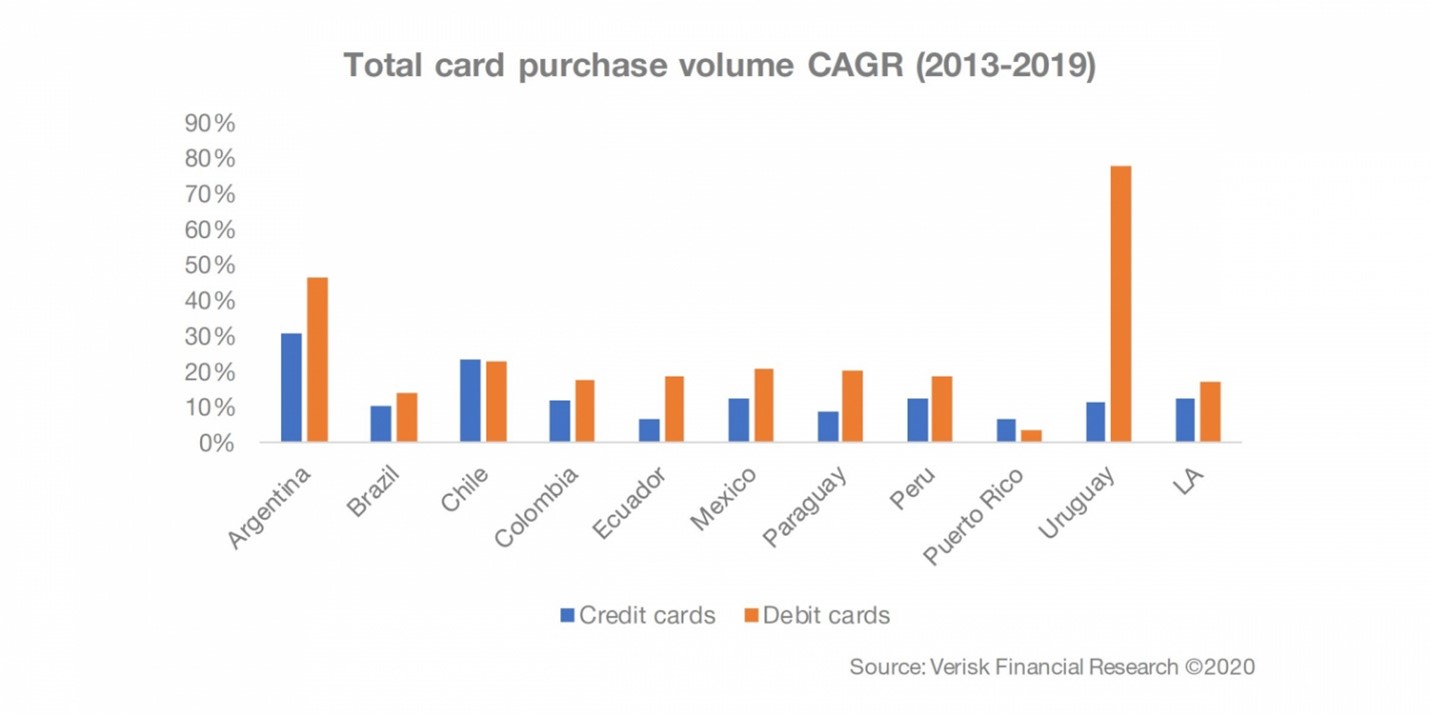 Several factors have driven this increase. Financial inclusion has pushed up the number of cardholders, while card usage has increased as the acceptance infrastructure becomes wider and deeper. In addition, financial literacy campaigns have educated consumers and encouraged them to use their cards more often. There has also been a drive to migrate to digital payments.

Crucially, there has been regulatory-led liberalisation of the acquiring market in several countries, which has incentivised the onboarding of merchants. Caps have also been placed on MSCs in several markets across Latin America, further encouraging merchant acceptance. In addition, the region posted strong economic growth in the closing years of the decade, an upward swing brought to a halt by the pandemic.

Another way to measure the development of the market is by the increase in the average number per annum of purchase transactions per adult. This discounts the fluctuations in exchange rates, giving a more accurate snapshot of growth in the region. Latin America as a whole enjoyed growth of 92 percent by this metric in the six years to 2019. No fewer than six markets posted three-figure growth during this period.

Acquiring income has grown across the region over the past decade. Despite the introduction of regulatory caps on MSCs in some markets, increased volumes have compensated for these reductions. Also, merchant acquirer margins in Latin America remain far higher than in Europe or North America. As the region is starting from a low base, this growth will most likely continue over the next several years. Merchant acceptance will continue to grow, as will per capita card usage. The war on cash will continue, helping to migrate payments to digital channels.

Contactless functionality is being gradually introduced across the region, and usage, spurred by the Covid-19 pandemic, has been encouraging. E-commerce is popular and growing but is starting from a low base, meaning that online acquiring will play a much greater role in industry development over the next decade.