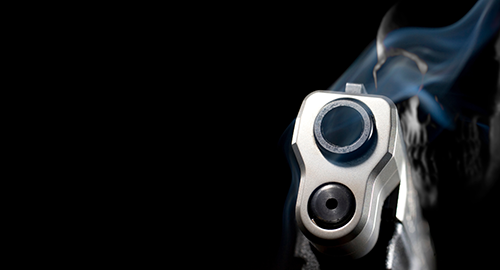 On August 24, 2022, gun kits that can assemble into full unmarked firearms—known as “ghost guns”—will be subject to the same regulations as commercially sold, fully assembled weapons. The new rule set by the Bureau of Alcohol, Tobacco, Firearms, and Explosives (ATF) aims to ban the manufacturing of ghost guns and help serialize weapons already in circulation.

The ATF received approximately 45,240 reports of privately made firearms recovered by law enforcement between 2016 to 2021. Last year alone, there were nearly 20,000 suspected ghost guns reported. According to ATF’s National Tracing Center, more than 1,300 firearms a year are untraceable.

Starting July 2022, G2’s monitoring reports provided to merchant acquirers will include potential firearm-related violations. Merchants that sell firearms affected by the regulations, including gun kits and upper/lower receivers, will be listed as potential violators. While the report will indicate which merchants are selling gun kits,  it will be the acquirer’s responsibility to research whether the seller is in compliance.

Ghost guns are not the only things threatening merchant portfolios. Download the 2022 Drug Watch List and uncover the most trending pharmaceuticals and psychoactive substances that could be jeopardizing your business. Download the guide here.

For more information regarding these new regulations, email info@g2llc.com.