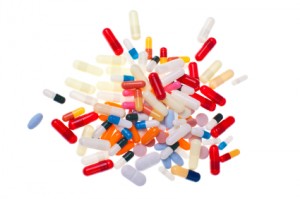 Recently, G2 participated in Operation Pangea VI, the annual international internet effort targeting the illegal online sale of counterfeit and unlicensed medicines, and the criminal organizations behind them.

The effort is coordinated by INTERPOL, the World Customs Organization (WCO), and other international government and law enforcement agencies, and is the largest internet-based action of its kind. G2 Web Services worked behind the scenes to identify websites, map merchant relationships, and confirm merchant accounts transacting on sites selling illegal pharmaceuticals.

Operation Pangea VI was primarily conducted between June 18-27, 2013; however, investigations are ongoing. Approximately 100 countries took part in this international effort, resulting in 58 arrests worldwide, and the seizure of 9.8 million potentially dangerous medicines worth an estimated USD $41 million. More than 9,000 websites linked to illicit online pharmacies were identified and shut down, in addition to the suspension of payment facilities of illegitimate pharmacies and the disruption of a substantial number of spam messages.

For more information on Pangea VI click here, or to speak to a member of the G2 team, please contact us.