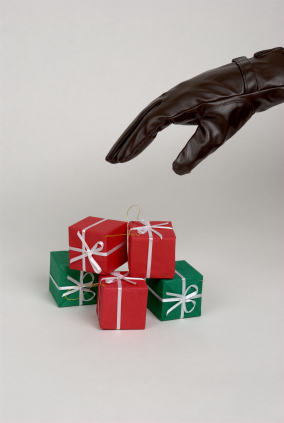 Fraudulent merchants are abundant during the holiday season, profiting from consumers’ generous spending during the most lucrative shopping days of the year.  According to a report by ComScore, online retailers are estimated to bring in over $52.2 billion during November and December in the U.S. alone. The volume of transactions in such a short period of time is the perfect breeding ground for fraud schemes that can hurt acquiring banks and payment providers. Not only do the holidays bring an increase in merchant fraud, but they are also a popular time for merchants to add non-compliant goods to their websites, as these can often be very profitable. Monitoring merchants for compliance and fraud is imperative for acquirers and payment providers during this busy shopping season to prevent possible brand damage and financial loss.

The holiday shopping season is known for bargains – Black Friday and Cyber Monday are the highest grossing retail shopping days during the year in the United States. During this time, consumers are on the hunt for the latest technology and gadgets at the best prices, and fraudulent merchants, such as bust-out merchants, are poised to take advantage. Common forms of bust-out merchant schemes involve a merchant opening an online store, generating numerous transactions from unsuspecting customers or with fraudulent payment methods, and then disappearing completely. Often, these merchants will advertise goods at a significant discount, leading consumers to “purchase” these items.  After accumulating a significant profit within a short amount of time, fraudulent merchants will “bust-out”, completely disappearing and leaving the customer empty handed. With the merchant no longer in the picture, the acquiring bank is left with the chargebacks and other fallout from unknowingly taking on a fraudulent merchant.

Also not uncommon during this time of the year is for merchants to declare bankruptcy days before a major holiday. Merchants will advertise goods, collect orders and then declare bankruptcy, usually knowing well beforehand that they won’t have the merchandise to fulfill orders. Again, this leaves the consumers empty handed and the acquiring banks financially liable for chargebacks and other repercussions.

In addition to merchant fraud, acquirers should also be more vigilant than ever of what their merchants are selling online during the holidays. Merchants may add non-compliant or illegal products and services to their website in a matter of moments, and the sale of non-compliant goods online can have steep financial consequences for acquirers. Merchants may also take advantage of consumers looking to save on holiday shopping by adding counterfeit designer goods, pirated media or other goods that may be extremely profitable for them. Non-compliant goods on merchant websites open their acquirers up to significant financial loss, including legal penalties, card network assessments, and brand damage.

What Acquirers Can Do to Reduce Merchant Fraud

During this busy shopping time, it’s important for acquiring banks to be extra diligent when boarding new merchants. Knowing if a potential merchant has had connections to fraud in the past is important knowledge to have when conducting due diligence. G2 FraudFile provides acquirers access to a central, secure fraud database to determine if a potential merchant has any previously reported fraud.

Monitoring your merchants for compliance is equally important. G2 Persistent Merchant Monitoring can help acquirers monitor their merchants’ website content and identify potential compliance issues before they cause a problem. Tools like G2 FraudFile and G2 Persistent Merchant Monitoring provide an effective line of defense that will ultimately help acquirers stay safe from holiday fraud and merchant non-compliance during this time of year.