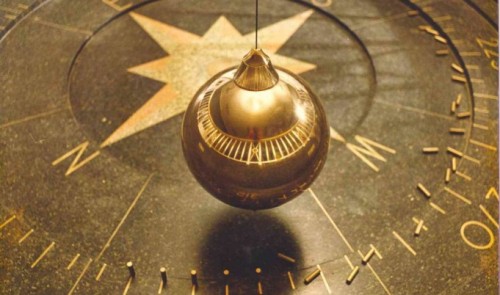 With the presidential election upcoming in 16 months, bank regulations are becoming an increasing part of the national discourse. Even Rick Perry said he wants to break up banks, putting him in the same company as President Obama and Elizabeth Warren.

More central to the debate than bank size is consumer protection. What is the right amount of consumer protection? How much is too much, leading financial institutions so burdened that they discontinue essential services? The leader of a trade group in Washington DC for a Third-Party Payment Processors Association meeting asked, “where will the regulatory pendulum stop?”

On one side, consumer champions see low income borrowers under attack. They see new malicious plots appearing with regularity. First the problem was aggressive debt recovery firms. Then came phantom debt collectors who frightened consumers into paying sums they didn’t owe. Now it’s callers (who aren’t collectors at all) who convince consumers to “advance” $100 to “prove” capacity to pay household debt. Consumer champions see the Consumer Financial Protection Bureau (CFPB) and the first line and the last stand of defense — the best way to stop fraudsters preying on those without the means to pay.

On the other side, small government champions worry the CFPB is becoming an empire. They observe the bureau gets guaranteed money from the Fed, without customary oversight from Congress. They note the CFPB has a single powerful director, unlike the original commission structure suggested by President Obama and former House Financial Services Committee chairman Barney Frank. They observe the CFPB keeps a portion of fines it levies. With these financial assets, the CFPB is building one of the most expensive offices in DC (originally $95 million, now $216 million).

What issues are at stake? Payday lending has been targeted because the interest rates charged by some firms have been compared to usury. The CFPB has sought to end “payday debt traps” by requiring lenders to assess the ability to repay, limit loans to a maximum of 90 days, and other measures. The CFPB estimates its payday lending actions will reduce demand 68%. The argument is similar to that of Prohibition or the War on Drugs, which both attempted to squelch demand by reducing supply.

Unfortunately, the FDIC estimates 33 million households lack access to bank loans because high compliance obligations of banks prevent them from lending to those with high credit risk. The elimination of payday loans without a corresponding change in the financial needs of customers creates an environment for unsavory purveyors to make a comeback. These include loan sharks. In other words, eliminating payday loans may drive unbanked borrowers underground again.

This controversy has stirred a blowback. Florida’s Democratic congressional delegation sent a letter asking the CFPB to reconsider its stance on payday loans. Florida is held up as a model for encouraging sound lending approaches without eliminating products altogether. A federal appeals court ruled last month a Texas bank could challenge the constitutionality of the CFPB. Even Debbie Wasserman Schultz, head of the Democratic National Committee, is speaking out against the CFPB.

There are strong forces pushing the pendulum in either direction. Once regulatory bureaus are formed, they amass great power. However, at some point overreach can occur, and a tipping point pushes back on the established authority. Trying to predict how regulators’ power will wax and wane is a gamble. Equipping yourself with tools and services to Know Your Customers (KYC) and Know Your Customer’s Customers (KYCC) is a winning strategy even as the path of the pendulum is unknown. Learn how G2 KYC Investigate and Protect can put you in the right position regardless of how the scenarios play out.